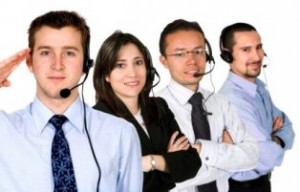 Concerns about privacy and security have keep biometric systems from being used more widely by government agencies and local municipalities. As people become more comfortable with biometric security, however, that may change.

Israel is already beginning to implement a biometric system by which citizens can opt to give two finger prints and a facial scan. The government hopes to use this biometric information database to make it easier and cost effective to identify citizens for the purposes of voting, taxation and other government functions. The program is slated to last for two years, after which its effectiveness will be rated. Some people wonder how effective such a system will be considering it is opt-in, but thousands have already enrolled.

Although there is more of a culture of personal privacy in America, biometrics is entering the national debate, first through the Supreme Court and now through the immigration debate. Biometrics may play a part in the path to citizenship, even if that part is as simple as providing an easy way to identify and organize the millions of people making their way down the path to citizenship. Some people see biometrics as the best and least fraud-prone way to identify people. Others, however, dismiss the idea as costly and intrusive.